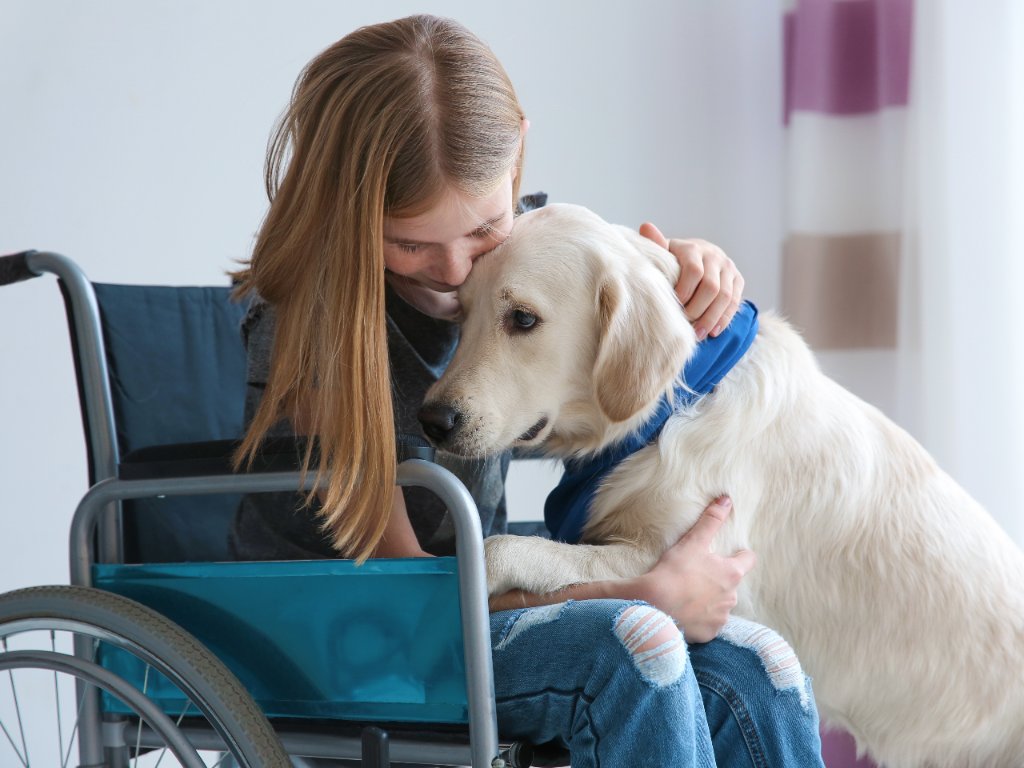 Service dogs are a necessity for many individuals with disabilities. These highly trained animals help people with a wide range of disabilities. For example, some service dogs are trained to help people who are blind or who have other vision impairments. Others are there to alert people who are diabetic to changes in their blood sugar. These service animals are necessary for many people's health and quality of life.

But, employers and businesses may have questions about the rules for service animals. There are requirements set down by the Americans With Disabilities Act. These rules cover many specific situations, such as where service animals are allowed. These animals are not pets and can go many places a regular pet cannot.

In this guide, you'll learn some of these specified guidelines and also get information on common questions, such as the difference between service animals and emotional support animals. You'll also learn how to get help making your small business ADA compliant for service animals and more.

The Definition Of A Service Animal

According to the Americans With Disabilities Act, service animals are dogs that are trained to work for and perform tasks for people who have disabilities. There are many tasks these dogs can help people with, such as:

While this list is not exhaustive, it does give a good overview of the kinds of work service dogs do and how they help a person with a disability. It's also worth noting that service dogs have to be trained to provide help directly concerning the disability a person has.

Are Emotional Support Animals The Same As Service Animals? 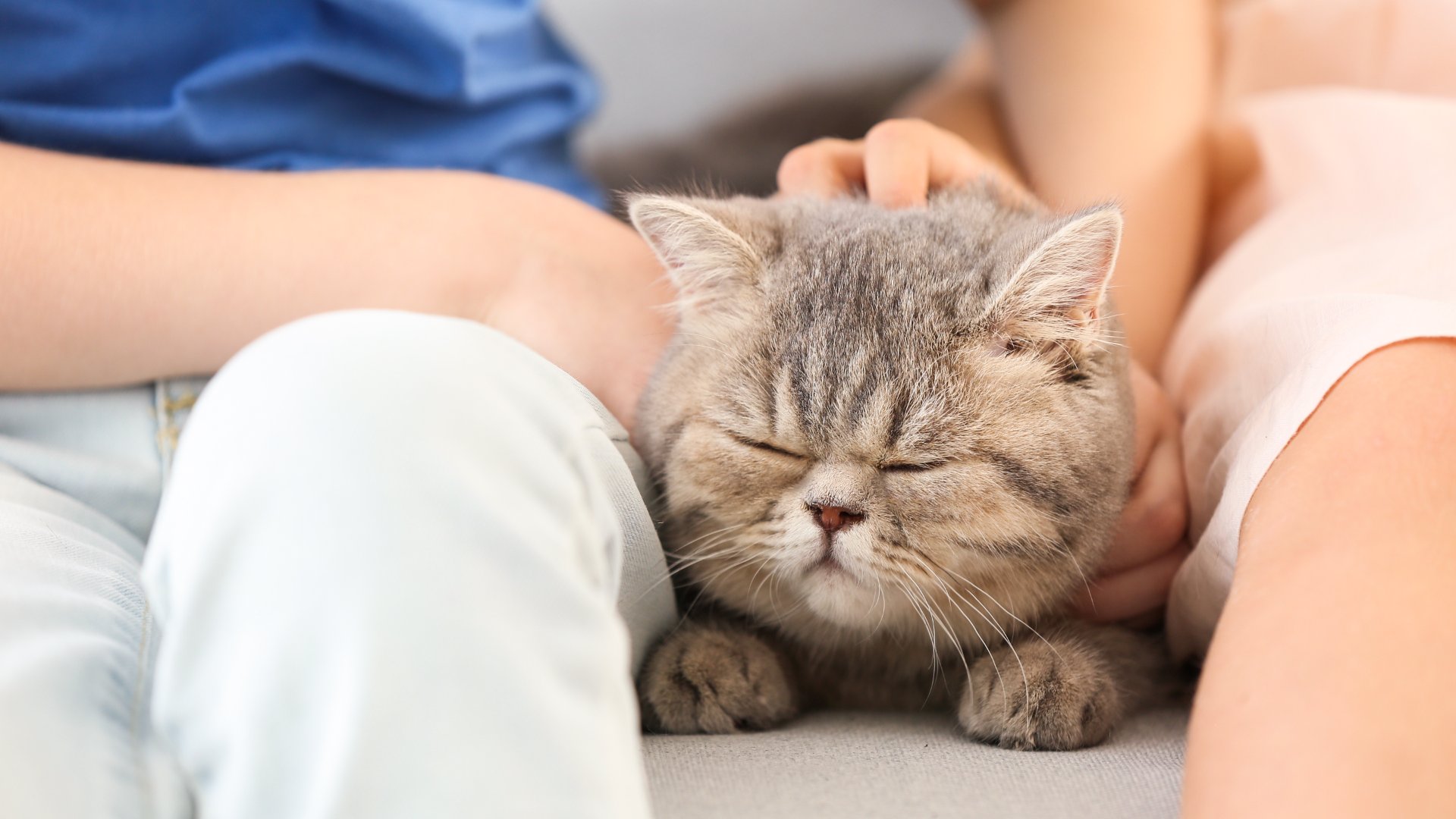 These animals mainly offer support and companionship to people with various mental health concerns. While these animals can help many people, they aren't considered a service animal by the ADA.

While the disabilities act doesn't cover therapy and emotional support animals, some other laws do take them into consideration. The Fair Housing Act and the Air Carrier Access Act have broader definitions that give exceptions to more assistance animals. Many state and local regulations are also broader in their description of service animals than the ADA.

Where Are Service Animals Allowed To Go?

If you're an individual with a service animal or a business looking to ensure you provide accessibility, you may wonder where service dogs can go. According to the ADA, businesses, governments, and nonprofits that deal with the public usually have to allow service animals into their buildings. If the public is normally allowed to go to a facility, a person with a disability and their service animal are allowed there, too.

There are some areas where it is generally illegal to exclude a service animal. These places include:

But, there are some places where excluding a service animal could be legal. This mainly covers operating rooms and other medical facilities where an animal could place others at risk or make the environment unsanitary.

Do Handlers Have Any Responsibilities Under The Ada? 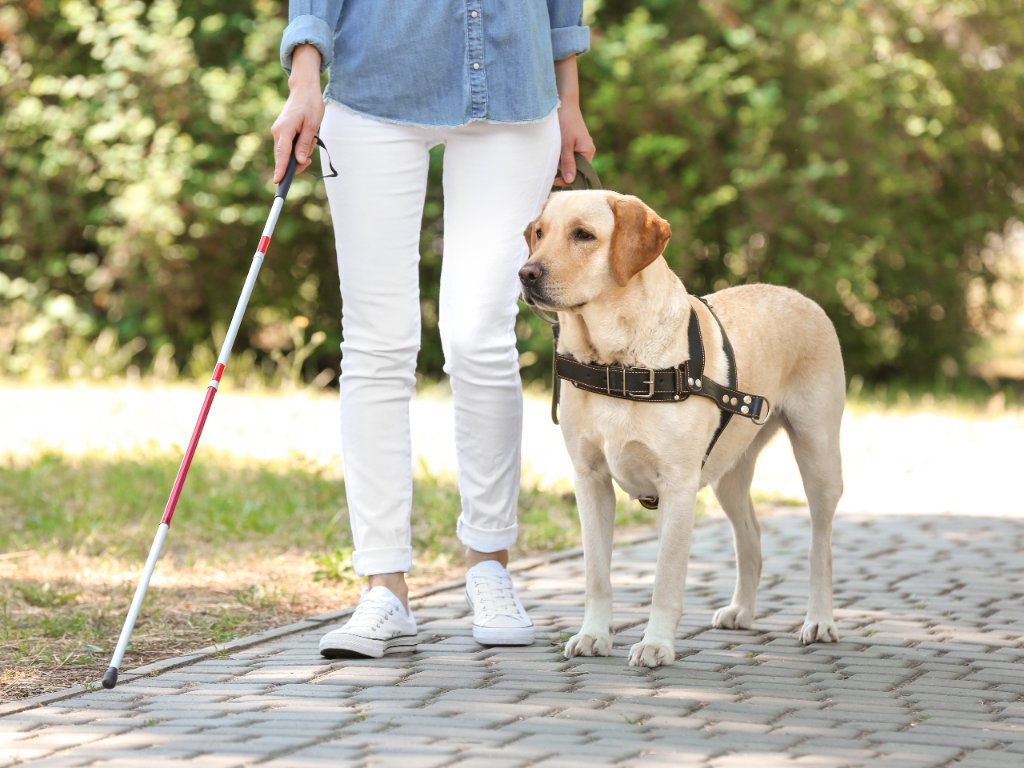 While service animals are necessary for many people with disabilities, these animals have to have specific training to perform tasks. They can't act like a normal pet would. Under the disabilities act, the handler must have control of the animal. They also need to have a harness, leash, or tether. But, there are some exceptions to this when these devices would prevent the service animal from performing tasks for their handler. But, even still, the handler has to keep the animal in control using other signals and commands.

The animal should also be vaccinated and housetrained, and even places required to allow service animals do not have to offer products to clean up after these dogs.

The Americans With Disabilities Act prevents employment discrimination. This means that employers have to provide reasonable accommodations to those who need a service animal or even an emotional support animal.

The Equal Employment Opportunity Commission is in charge of enforcing the employment portions of the ADA. They actually do not have any specific rules about service animals, so employers can ask for documentation if the reason for the service animal doesn't seem obvious.

So, while employers generally have to allow service animals, they do not have to do so if the animal would create an unsafe environment in the workplace or place an undue burden on the employer.

If you're an employer or manager, it's important to follow ADA rules for service dogs as well as other ADA regulations. Some of these requirements include adding adequate signage to the facility, and at ADA Central, we can help you with these requirements as we provide custom ADA signage. Discover more by reaching out today and feel free to look at our blog for more information about the Americans With Disabilities Act.